Several of the adult staff members last year remarked that the 2015 Experimentory Dance was flat out the best middle school dance they had ever attended. It was a great start to a tradition, and we are pleased to say 2016 kept to last year’s standard. Proctor John Anthony Bowllan fills us in on what happened.

Sunday was a day of rest and relaxation at the Experimentory.

After exploring Boston and the city’s history, art, and science on Saturday, our Experimentors – arrived back on campus at 12:30am. And so Sunday began with a well-deserved chance to sleep in. Once everyone was up, it turned out to be a rainy day. Some played basketball and badminton in the gym while others played spike ball and listened to music in the dorm. But the real fun came at our rocking dance that evening. 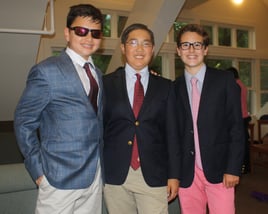 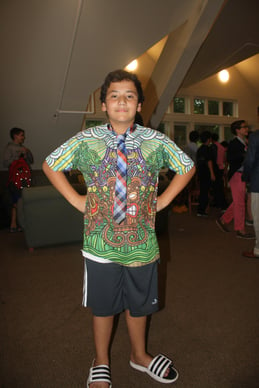 The dance dress code was “casual,” but kids were allowed to dress nicer if they liked. This made room for a wide range of interpretations – especially among the boys. Many opted for the simple casual end – jeans and tee-shirt. A few – notably Abram, Jonathan, and Xander – dressed with jackets and ties. Clearly, these are men who know how to dress. Still others used the occasion to craft their own unique balance of formal and casual. “I have to make my own style,” Spencer explained while the boys gathered in the Crow Commons. “I think some guys are jealous,” he said with a snicker.

Keeping with last year’s established tradition, students walked to the dance by dorm – the girls in one group and the boys in another. Also keeping with tradition, this meant that the girls were already dancing when the boys arrived.

With this mood set and Jan and Kento at the spin table blasting some bumping tunes, this was definitely a night to remember. We could always count on our world-renowned DJs to be the life of the party as they led the kids in dances for every song. It was impossible not to dance!

Good job bringing the party everyone!