Olympic spirit has come five days early to the Experimentory. Six of our proctors have teamed up to create one massive Co-Curricular that revisit four of our previous co-curricular sports. Proctor Katie Stoll wrote this post after Day One was complete.

As the Experimentors dive into their last week here at Deerfield Academy, they are diligently working on their final projects in each of their classes and preparing for the showcase this Friday. Outside of class, the students started their last round of co-curricular activities. The options this week included swimming, greenhouse, yoga and Tai Chi, and the Co-Curricular Olympics. Everyone was very excited to get started. 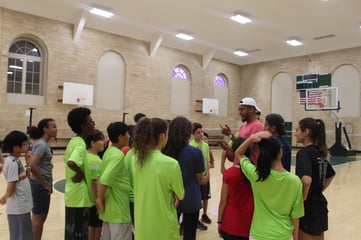 Given that the Olympics start this Friday, we decided to set the tone by creating our very own mini version during the co-curricular period this week. There are twenty students participating in the games and they have been divided into four teams including Congo, Syria, Singapore, and Djibouti. Each day, the teams will challenge each other with a different sport in order to determine the overall champions by the end of the week.

On the first day of the Olympics, the Experimentors faced off on the basketball court. Each of the teams spent the first few minutes developing strategy and preparing. Once their game plan was set, the tournament began. All of the teams played three fifteen minute, half-court match-ups and it was great to see all of the students working together to help lead their team to success! 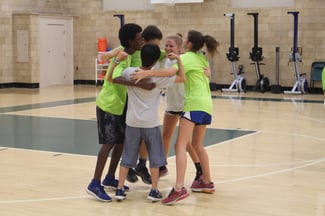 On team Djibouti, Max and Anne strung together numerous passes as they navigated through their opponents’ strong defense. This strategy proved very successful as they made countless shots in a row! On the other end of the court, Abram was working hard as he dribbled around his defenders and completed multiple three-point shots. Reshma made many great defensive plays throughout the tournament and she followed these up with quick turnarounds to help jumpstart her team’s offense. However, Lucia and Noah used their height to their advantage as they interrupted many of these shots and rebounds. By the end of the day, all of the students had improved significantly and started to understand how to effectively work together within their teams.

While every team put forth their best effort, team Syria emerged as the champion for the first round of the Olympic games. Throughout the rest of the week, the teams will continue to fight for the gold as they compete in soccer, quidditch, and finally ultimate Frisbee. Good luck, Experimentors! 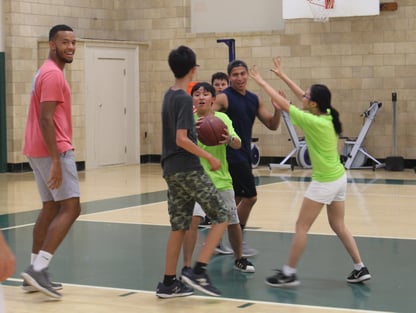 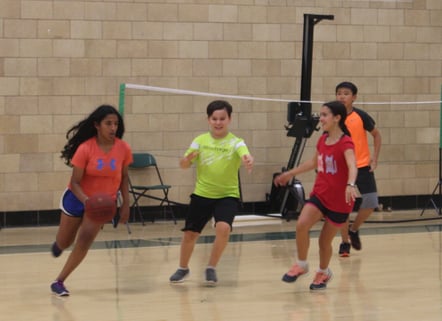