Ethics on the Run

This is the Experimentory's first summer featuring Ethics on our course roster. Program Proctor Ian visited this week to see what it was all about.

Today began with my first experience visiting one of the four classes offered here at the Experimentory – "What Would You Do? Adventures in Ethics."

Since this was my first visit to the course, I wasn't sure what they had studied so far. Thankfully, the kids caught me up on the material on our walk over from breakfast. The students were divided up into groups, assigned countries to research, and posed this question: is it more effective to rule through fear or through love? A puzzling question indeed.

Students compared different forms of government, considering the differences between democracies, republics, and dictatorships, and analyzing the benefits and problems of each. One of the most interesting threads of discussion, which came from the previous night’s reading, was differentiating between fear and hate. Consider this diagram:

It is easy to think of examples of government or leadership that fits three of those quadrants, but what about the bottom left: a government that is feared but not disliked? Is there such a thing? What would it look like? We imagined a government led by an all-powerful leader that was both feared but also liked or even revered. This made us ask: what is the balance between a government that is authoritative and provides rules, justice, and law enforcement (which might cause fear) and a government that has no authority but can’t provide structure or justice? These truly probing questions have no clear answer. I found it an enlightening experience! These are ethical problems that all nations face in one way or another. I came to realize why exactly they are so pertinent and complex.

But class had only just begun! For our next activity, the class took a field trip to the DA track behind the science building to run races. Ms. Melvoin and Ms. Insuik divided the students into four teams. The races were relays, except that instead of setting distances for each individual runner, each team could decide how far to space themselves over the track. The teams made their decisions and the games began!

Of course the big question on everyone's mind: What could this possibly teach us about ethics? I was as confused as anyone.

The first races were relatively innocuous.  Anthony tags Charlotte! Baurice sprints next to Julian! Sophia and Sophia are neck and neck with Virginia! Billy, Victor, Jordan, and Farah hit the final bend before the finish...! The teams were well-balanced and the finishes were excitingly close.

After the first race, Ms. Melvoin began adjusting the teams ever-so-slightly. She added runners from three of the teams to the fourth, making that one clearly larger than the others. But the distance of the course hadn’t changed... What was going on? The larger team clearly had an advantage, since each of its runners didn’t have to go as far. After a few more races, we met back at the entrance of the track. “That wasn’t fair!” someone exclaimed. “That team was way bigger!” 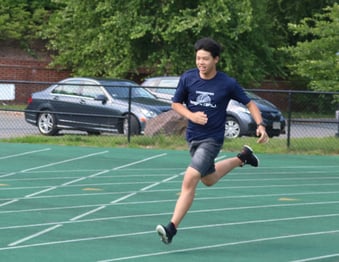 “I suppose” replied Ms.Melvoin “But does it matter? Every team had to go the same distance, right?”

“Yeah…but we each had to run farther!” someone countered.

“Hmmm…I guess you are right, so maybe ethics has a place in sports?”

Back in the classroom we discussed the role of ethics in athletics. The class considered a real life case study: two women Olympic runners who had very high testosterone levels for women. Neither of them took drugs or supplements -- these high levels were produced naturally by their bodies. But they were nearly barred from competition because they were believed to have an unfair advantage. Later scientific studies debunked any clear link between testosterone and athletic advantage, but at the time the women were forced to take drugs that limited their testosterone production.

Needless to say, this sparked a huge debate and controversy. Some students said this was only fair to the other runners, but others argued that it hindered their natural ability. From there we went on to other examples of inherent advantages in sports and asked what would be considered fair vs unfair.

Unfortunately, as happens many times in philosophy, there was no clear answer. (At least for me). Class came to an end and the discussion was set aside until tomorrow. I’ll have to ask one of the students what ended up being the final verdict. Until then we’ll have many more opportunities to learn, grow, and most importantly, maximize our creativity and character! 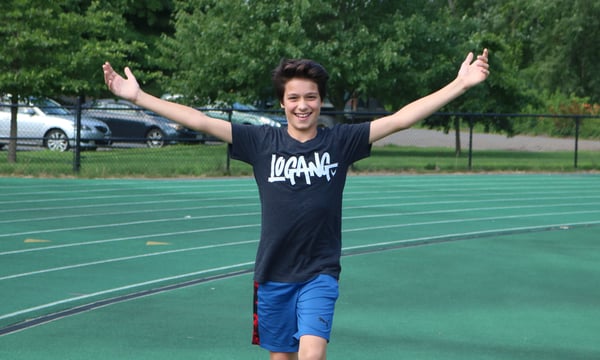