Why did you choose to participate in a summer program? What drew you to the Experimentory? 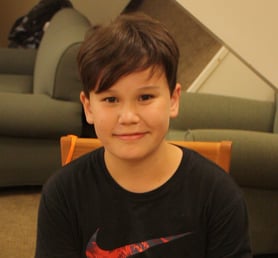 My sister, Kristin, went to the Experimentory last year. She came back home bursting with energy
and saying that it was one of the best experiences she had ever had. That made me want to go, too – not just because it would be fun, or because I’d make friends, but also because I thought it would be very much like just one month of boarding school. I wanted to get a feel for Deerfield Academy.

What were your favorite team projects? What role did you play?

One of my favorite team projects was “Wherefore art thou, C3P0?” and was all about making Arduino robots. Our task was to make robots that could follow black lines. We would then strategically place black lines on a tabletop so that they represented two characters’ paths through a scene from any movie we chose. Finally, we could film our robot “actors” and voiceover the movie lines. We chose a scene from Tangled and I voiced Flynn Rider. 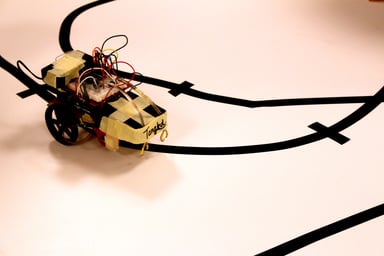 I found making the robots to be really fun and creative. We had to think of different ways to make the lines match up to the voiceovers.

Tell us a little about the friendships you made at the Experimentory.

In the first week, nobody really knows anyone and feels a bit awkward – but that’s normal. In the second week, people start opening up to each other and start becoming good friends. By the 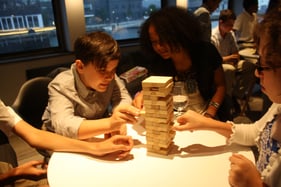 third week, people are now best friends and hang out all the time. In the final week, you reflect on all you’ve accomplished together and friendships you now have, and you start to feel sad knowing you have to leave. I clearly remember the last night: everybody was crying their eyes out as we left one-by-one to go back home.

The friendships you make in this program are long-lasting. Even now we are all in touch with each other. We regularly chat and Skype together.

What is one important thing that you learned or one way you grew because of your time here?

I learned the importance of collaboration. In the Experimentory, you always work in groups, no matter the project and you have to learn to work well in a group to succeed. It is essential to be open to ideas and find solutions that everyone can agree on.

What would you say to someone thinking about applying?

I would say to go for it! If you have the initiative and you want to learn skills like coding, acting, and filming and make lasting friendships, then take the risk. You’ll learn and grow in many different ways. The people you’ll meet, the things you’ll do together – they’ll make wish you had more time. Apply and make the most out of your time there!